Downsize without compromise! Big rooms and a Sunny Southern exposure add to the appeal of this spacious 2 bedroom, 2 bath waterfront home! The...

One of the most sought after 2 bed 2 bath at sold out Creston by award winning and local developer, Pennyfarthing Homes! This functional layout...

Welcome to the best of the North Shore - luxury living, WATER, CITY & MOUNTAIN VIEW from 120 sf balcony & through the floor-to-ceiling...

Love where you live! This luxurious residence at "The Symphony" enjoys spectacular views of downtowns inner harbor and Burnaby Mountain. There are 2...

This elusive 1 bed unit at the Pinnacle Residences is now for sale! This is the most sought after building in Lower Lonsdale. North Vancouver living...

Welcome home! This great one bedroom at Kindred in North Vancouver's Moodyville is ideal as investment or home! Bright, quiet and the street entry...

One of the best 2 BD 2 BA & flex units at sold out Creston by award winning Pennyfarthing Homes! Ready for move in May-June 2020! This bright and...

Welcome to highly anticipated Promenade by Polygon in the heart of vibrant Lower Lonsdale, minutes away from Seabus to Downtown, trendy restaurants ,...

Amazing value in the heart of Lynn Valley! You'll love the convenience of "townhouse style" living in this 2 bed home at Dakota. Greet guests at your...

Exciting and unique, ONE-OF-A-KIND, part of the building but separate with no adjoining neighbours on this floor. Stunning 11 ft. ceilings with large...

This truly unique 2 bedroom + den (was used as a 3rd bedroom) gives you room to grow. Come enjoy the Lower Lonsdale lifestyle from your new rooftop...

Location,location,location!View? Yes,Water,Mountain,City.Sunny and bright SouthWest Upper Corner unit.Renovated through years and well kept for you...

Beautiful and large one bedroom close to everything in the heart of Lower Lonsdale. Well managed building for your piece of mind. Great loving...

Half Duplex with City and Water Views! This well maintained half duplex has everything you could need: 3 bedrooms up including a large master with 2...

Welcome to this lovely 2 bedroom and 2 bathroom suite in the heart of Lower Lonsdale! This top floor-corner unit features an open living concept,...

Your chance to own a fabulous one Bedroom plus Den at Mill House !!! Located steps to schools,trails,parks,gyms,yoga,shopping and dining.The perfect...

Great Central Lonsdale location. Close to shopping, transit, Harry Jerome Centre and restaurants. This home has been lovingly cared for and is in...

Centerview By Onni located in central Lonsdale. This 2 bed plus den comer unit is well maintained by first hand owner. Facing Southwest with...

Designer inspired and tastefully renovated 3 bedroom, 2 bathroom, one level garden apartment at 'The Laurels' in Central Lynn Valley. Updates include...

EXCLUSIVE 23 FOOT VAULTED CEILING PENTHOUSE: Quality built by Brody Developments Corp. Absolutely not to be missed. Easy half block stroll to all...


Condos For Sale in North Vancouver

Browse hundreds of Condos for sale in North Vancouver with our MLS Listing System. Many of these condo listings in North Vancouver offer the same quality and features and luxury designs of their Vancouver counterparts with an easier going culture, environment and lifestyle.

These condos usually come with many amenities like quartz countertops, decadent wine coolers, and other high luxury appliances and gourmet kitchens. These are all the modern touches that a buyer could wish to have in this great area. Most condos also have views of the ocean and mountains (even if a peekaboo) due to their extensive balconies that make these apartments, such a popular purchase for professionals working downtown Vancouver and baby boomers looking to live in the city and have less work in their properties. 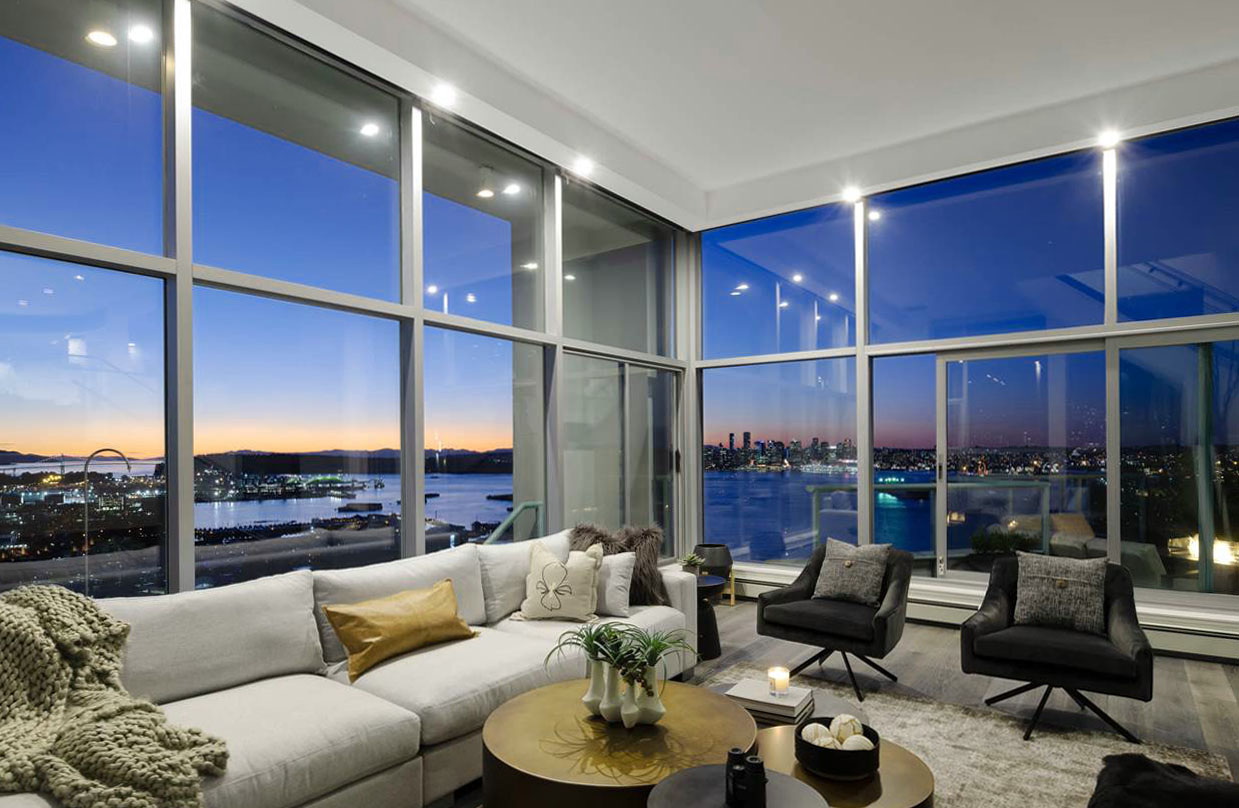 You will find the City of Vancouver only 25 minutes away from most North Vancouver condo listings. he best of development nowadays is just spectacular, with a lush and beautiful waterfront district in the Lower Lonsdale area many people will be attracted to the district’s lifestyle entertainment and convenience.

The North Shore mountains have wonderful rivers and creeks, like the Capilano River, And Lynn Valley Creek‘s. You will also find here Lynn Canyon I lush and beautiful canyon filled with waterfalls and wonderful areas for picnics in the summer and a swim. 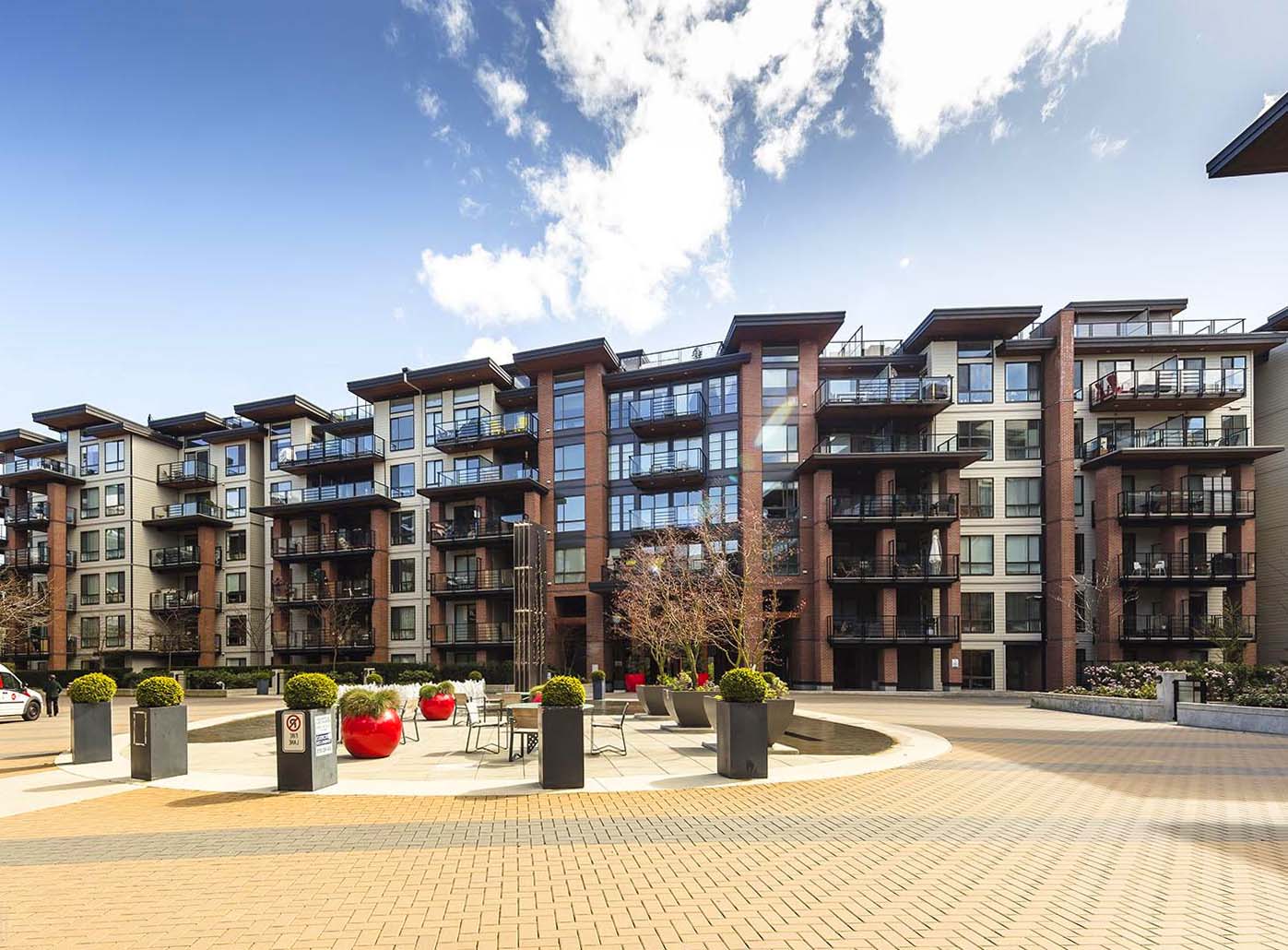 North Vancouver condos for sale has many outdoor areas that residents can enjoy. They include beautiful sceneries from around the area that is commonly visible to condo buyers. If you’re looking for amenities like fitness centers, swimming pools, yoga, gyms, and pools, these condos are all located close to community centers.

In terms of value, the condos of North Vancouver are priced around $450,000 for 1 bedroom condo listings to more than $2 million for luxury mls listings in Lower Lonsdale or Central Lonsdale area.

Aside from these popular types of condos, the North Vancouver property for sale market also includes types of properties like duplex, townhomes and single-family houses. Some skyscraper condos are very tall and they gain access to ocean views and mountain views, and close to city center of Vancouver. 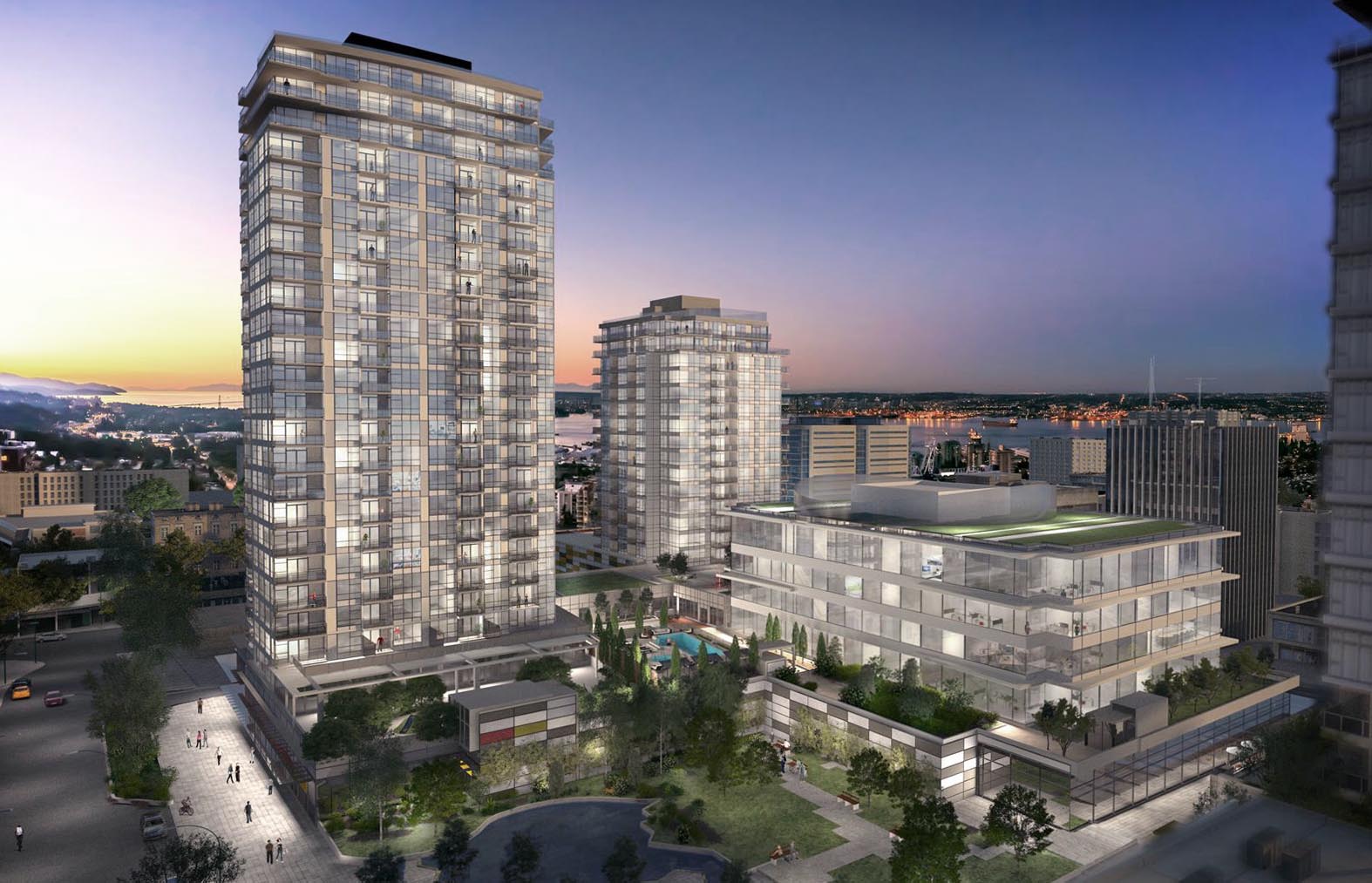 North Vancouver real estate is booming, with many residents moving from eastern parts of Canada and Metro Vancouver and Lower Mainland. If you’re searching for new developments, construction is rising. With North Van condos you get the design aesthetics of downtown Vancouver together with wonderful parks, lakes and rivers and canyons. The modern high rises of this top city sure are to bring you an entire selection of North Vancouver condo listings for any taste.

As you may know, Condos in North Vancouver have a very incredible history with Europeans and local cultural heritage since the late 1800s. The city was used as a logging area and quickly introduced the suspension bridges and the Lions Gate Bridge by the beer company Guinness. The bridge belonged to the Guinness family, which then sold the bridge to the city during the Great Depression. The third bridge in North America is called the Second Narrows. That pretty much sums up all of the three bridges of the Burrard inlet to Vancouver today. Condos rise to see the the vast and beautiful mountain and ocean views.

North van is an incredible modern market with a great neighbourhood for families and active lifestyle featuring incredible canyons, parks, and forests. Because of its proximity to the City Center of Vancouver, the North Shore has enjoyed the incredible economy of British Columbia and, in the meantime, offered opportunities for so many recreation and lifestyle. 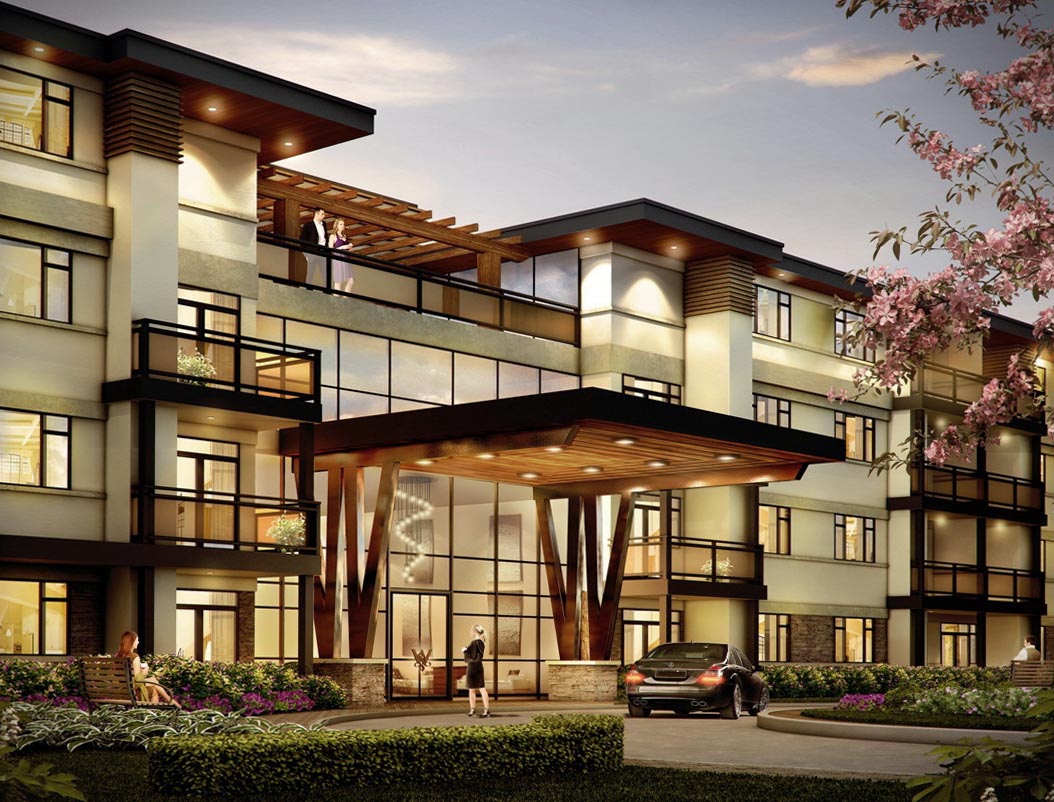 Are you searching for luxury condos? Nestled between serene beaches and sprawling mountains, the city is the perfect place to live –especially if you love outdoors! The residents are known to have it all at their doorsteps –right from trekking to skiing, snowboarding, hiking, and world-class mountain biking experiences. Price ranges are known to increase and hold steady at most times. This makes the area highly attractive for property seekers as well as potential homebuyers as well as investors alike to invest. 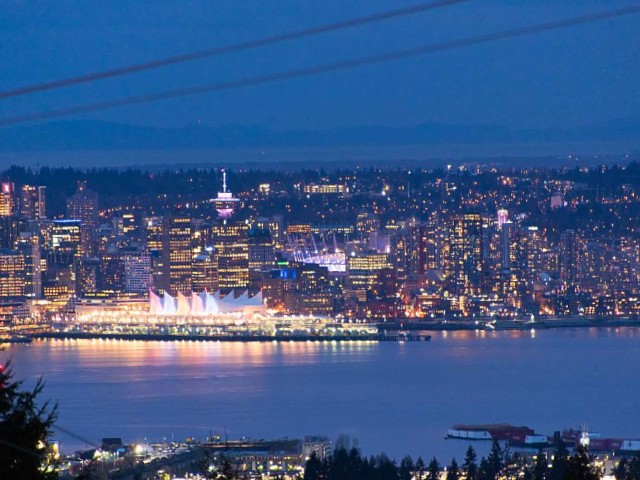 The North Shore is established as a leading community for high-end residents in the country. Some of the top-class North Vancouver neighbourhoods as per the MLS listings are Edgemont, Norgate, Forest Hills NV, Canyon Heights NV, Windsor Park NV, Upper Delbrook, Edgemont Village, Westlynn Terrace, Pemberton Heights and so more. The entire city is framed by the mesmerizing North Shore Mountains including Grouse Mountain, and thus, the place provides a great lifestyle as well as a decent standard of living. The main bridge to the city is the Lions gate bridge. With the overall ease of access to both immense nature & wilderness and Downtown Vancouver, the city is quite popular amongst the property type seekers, including young families and retirees.

The city is known to be home to as many as 30 neighbourhoods. The community of home buyers experience the most real estate sales for high-end neighbourhoods as well as houses in regions like Lynn Valley, which is followed by the neighbourhoods of Upper Lonsdale & Canyon Heights. 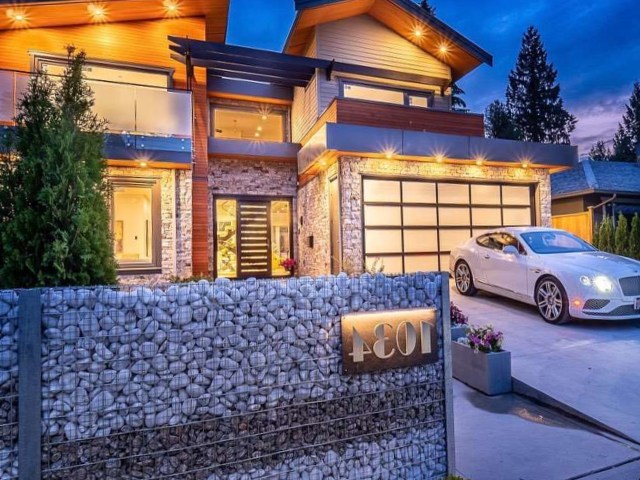 The potential real estate buyers can also come across apartments, independent houses, and attractive townhouses in some of the most popular neighbourhoods of North Vancouver homes including Central Lonsdale and Lower Lonsdale. Typically, the city is divided into the waterfront neighborhood and the surrounding areas belonging to the District of Vancouver 2nd street. However, most residents prefer to name the area as “The North Shore” as there is the absence of any political or physical border between the two regions. Some of the notable neighborhoods are:

The city is known to enjoy a pleasant temperate coastal rainforest climate. As such, the entire city experiences abundant sunshine throughout the summer season, and a good amount of precipitation during the winter season. On average, the daily temperatures reach up to 17 Degree Celsius during the summers, while in winters, the average temperature is around 3 Degree Celsius. During winters, most of the precipitation gets converted into snowfall in the region.

Living in this city is considered a privilege. Most homeowners find themselves fortunate to have a home or an apartment in the popular neighbourhoods of North Vancouver. The North Vancouver housing market is considered highly lucrative due to its overall proximity to mountains, beaches, and the attractive city. Just like its surrounding areas, the housing market is always booming, and sales continue topping the overall monthly averages for MLS listings. 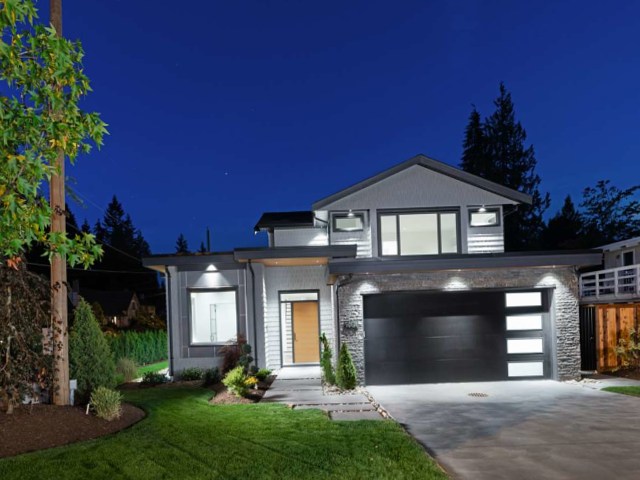 For the potential homebuyers in Vancouver, the market is known to feature high-end housing options including condos and multi-unit residential options –especially in plush areas including Lower Lonsdale real estate, Lonsdale Quay, Lynnmore, and Lynn Valley. It is quite common to spot and purchase detached properties in Capilano.

If you are interested in British Columbia real estate investment, you can go through the MLS listings including independent houses, condos, and high-end apartments in some of the top-class neighborhoods including Lower Lonsdale, Lonsdale Quay, Lynn Valley, West Vancouver and so more. You might as well consider reaching out to a reputed North Vancouver realtor to search for homes. Typically, for analyzing the condominiums and homes, a homebuyer is not required to pay any commission fee. If you are a beginner, you can check out some of the popular neighborhoods as per your specific real estate investment requirements.

The city is located in British Columbia in Canada. It is quite close to Vancouver and is quite a famous waterfront community that is surrounded by bespoke mountains as well as spectacular ocean views. The location is just around 20-minute drive from Vancouver. Moreover, the city is quite pleasant, and most residents love spending a peaceful life in the beautiful, natural setting of the place. 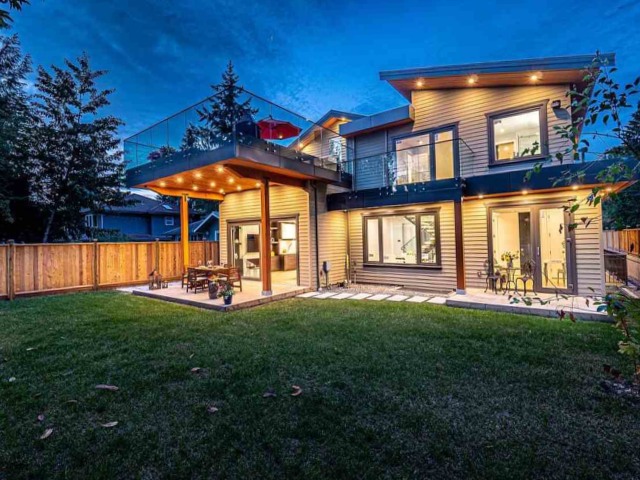 Some of the famous landmarks are the iconic Lion Gates Bridge, Fraser Valley, Indian River, and so more. The entire landscape is known for huge, sprawling mountains that tower over the entire city along with beautiful creeks, waterfalls, forests, and indeed, the Burrard Inlet. The District of North Vancouver is known to surround the city –continuing up to the North Shore Mountains wherein you can come across a wide number of serene, picturesque neighborhoods.

Located in BC (British Columbia), the city is known to have a population of around 84,412. In comparison to other cities in Canada, the overall population growth of around 2.2 percent is relatively lower in this town. Residents in the city can expect a decent standard of living with the average median income for a family to be around $87,332. Around 81 percent of the residents own a house, and 19 percent of the population is known for renting houses or condos.

Most of the new homebuyers would look for houses for sales in communities that are quite far away from the downtown core. Some of the nearby cities are:

You can come across a wide number of elementary as well as high schools in North Vancouver including St. Pius X, Holy Trinity, St. Edmund’s, Handsworth, St. Thomas Aquinas, and so more.

As per the reports from Statistics Canada, the residents use several ways for getting around –with 73 percent driving on their own, 9 percent using transit transportation, 1 percent using bike commute, and 2 percent walking.