Is buying as affordable as renting in Vancouver, BC Canada? 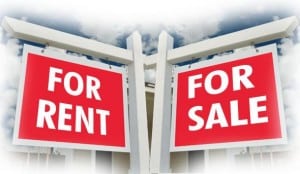 To Buy or not To Buy?

The question of whether to buy or to rent has always sparked debate. Going by the statistics, the majority of people in Vancouver opt for buying instead of renting. The predicted increases in property value over the years have contributed to this. But we cannot entirely dispel the fact that property owners are regarded to as more financially responsible, fortunate or even better off has also played a role.

It’s a reputation that everyone wants to be tagged with, which is why renters are often seen as disadvantaged. But when it comes to the real thing, it has nothing to do with popular culture, and everything to do with finances.

What is more affordable?

Renting is more affordable than buying, though that has often debated- much like the status of Pluto not being a planet. It makes sense to rent- a lot of savings are made due to the lower monthly commitments. Besides, renting gives you greater freedom of choosing your living spaces, since you can move whenever the spirit moves you (or you know, your job compels it). But is buying as affordable too? Just because everyone’s doing it does not imply an accommodating market, does it?

Key: Have a Good Financial Standing

Vancouver was recently listed as one of the more expensive cities to reside in. This implies that property does not exactly come cheap, which consequently suggests that you should have a good financial standing before you decide to buy. With a good credit score and a sizable amount in down payment, you are encouraged to do so. But I would have to agree that this is ever changing and it is becoming apparent that at times renting is a lot cheaper than buying, especially if you want to live close to Downtown Vancouver, or on the upper scale West Vancouver home areas.

If you reside in an apartment which you fork up $1500 for rent, you’d pay just about under double that if you decide to own the same. As far as affordability goes, it breaks down to a personal point of view. If residency is long-term, buying does, of course, make more sense, with the fact that North Vancouver’s housing market is one of the priciest in Canada notwithstanding.

According to the recently released figures, the household debts in Canada have skyrocketed hitting some unbelievable figures. These debts are in form of loans, collateral and some other forms of credit. In the initial quarter of this new financial year alone, the debts have increased from the initial sum of $1.526 trillion to 1.548 trillion.

Vancouverites can no longer afford to live a decent life.

This is not only unacceptable but more of a torture to the ordinary citizen in Vancouver as they can no longer afford to live a decent life. The cost of living has also gone up and so the spending power of Vancouver home residents is greatly reduced. The situation has even been made worse by the new tight mortgage rules that have caused a drastic fall in the purchase and resale of homes.

Ratio to the household debts has risen

The disposable incomes of Canadian Citizens have been greatly hit. Its ratio to the household debts has risen from 146.2 per cent to a high of 147.3 percent. This makes it hard, if not impossible, for Canadians to tackle these ever-increasing debts. With little disposable income, the Canadian market is greatly affected as the Vancouver citizen’s purchasing power has been dealt a great blow. People now turn to basic commodity and their capacity to invest is hampered.
With the exceedingly low interest rates, in the current mortgage rules, the Vancouver housing market may get over excited increasing their borrowing and hence causing a rise in household debts.

Vancouver as a high ranked city

As at January 2012, Vancouver, Canada was ranked as the 4th most expensive city to live with Tokyo, Japan leading the pack. You may argue that this is not extremely high given the wealth associated with the G8 countries, and the fact that Vancouver is Gorgeous. Just look atNorth Vancouver Condos. However, this high cost of living is bitterly pinching on the poor citizen of this nation. Some citizens find it extremely hard even to feed their families. Hunger has become a harsh reality in Canada especially in the Arctic. While climatic change may be blamed for hunger in the Arctic, rising household debts and the escalating cost of living make it hard for even a citizen in the heart of Vancouver to enjoy this privilege or even have some extra cash to invest.

With dwindling local market and low disposable income to spend or invest, the economy of Canada will be adversely affected. Nevertheless, unless households and the government plan well, these two factors will continue to hurt Canada‘s economy.

Tighter mortgage rules in Canada in 2012