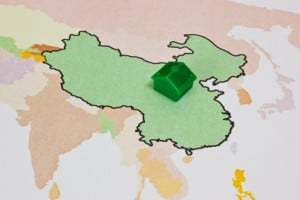 They are not losing Interest

If you are of the thought that the Chinese had started losing interest in the real estate in Vancouver, then you should see what we are still seeing here on the West Side. This is because some new report has indicated that Vancouver among other areas in Canada is Chinese’s most popular foreign property investment destinations. Mainland investors from China have been gaining interest in purchasing overseas properties over the past few years, making about 30 percent of investors investing in foreign property.

To those who are unfamiliar with Vancouver, Vancouver is a seaport coastal seaport somewhere on British Columbia’s mainland. Vancouver is the eighth largest Canadian city. It has a population of about 2.3 million people in its metropolitan area. However, the city’s population is said to be about 603,000 people according to a census conducted in 2011.

This city is highly ranked as one of the world’s livable city which probably explains the reason for the Chinese’s interest in the city. The city’s quality of living is ranked as the 4th highest among all the cities in the world. However, it is Canada‘s top in terms of the most expensive city.

Tourism ranks as the second largest industry in Vancouver. This is so because Vancouver is surrounded by nature. This city is also ranked among the top 10 cleanest cities in the world.

The interest from the Chinese, and Vancouver`s appeal has helped in driving up the price of real estate in this area. This has made the city rank 6th among the most overpriced market in the entire world as well as the 2nd highest in North America.
Some people will, however, attribute the massive purchase being done by the Chinese to Vancouver’s real estate prices is still undervalued, considering factors like the price of land, among others.
If I were an investor in Vancouver, I wouldn’t desist to invest in this sector to tap from the opportunity. Asia still has their eyes set on us… despite any economic slowdown they may have.

However, there needs to be some adequate control from the concerned authority to ensure the viability of real estate investments, including restricting when they can sell back and how much they are allowed to buy…

Interestingly enough North Vancouver real estate seems to remain the only spot in the Lower Mainland to remain relatively untouched by Chinese investment. I reckon it is because they are not in large numbers there and because of other Asian influences in the area…